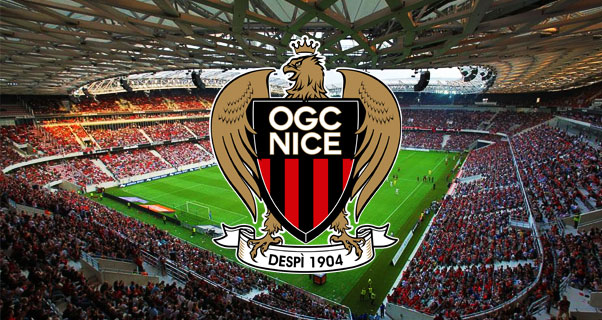 
OGC Nice has been around for over a hundred years, first being founded in 1904. Today, they are recognized as one of France’s top teams, competing in Ligue 1, the highest tier of French football. Situated in Nice, France, the team has been playing all of their home games at the Allianz Riviera since 2013. The club is also one of the founding members of the first French football division. They have established credentials as one of France’s best teams.

In the 2021/22 season, OGC Nice is one of the top ranked teams. In fact, they are ranked 2nd, behind only Paris Saint-Germain, with a very good shot of winning the 2021/22 Ligue 1 title. In fact, numerous betting sites report that OGC Nice is one of the most popular football clubs in France, and during OGC Nice matches, the number of bets placed goes drastically up. The websites on betstation.com all list OGC Nice as one of the biggest odds-on favorite teams to win the Ligue 1 title during this season.

The club, as stated, has been competing in Ligue 1 for quite a long time, and during their long career, they have won Ligue 1 titles four times. Their best decade is considered by many fans and analysts to be the 1950s, which is the decade when they won their four Ligue 1 titles. Their first Ligue 1 title came in 1950. Their following title came in the subsequent season, 1951/52, and their last two title wins came in the 1955-56, and 1958-59 season.

Today, Nice is ranked second in the official Ligue 1 Rankings, behind Paris Saint-Germain. During this ongoing season, OGC Nice has played 19 matches, the majority of which they’ve won (10), with 4 draws and 5 losses.

Let’s take a look at a few of OGC Nice’s matches during this season, and see how they’ve done.

The last two matches in which OGC Nice participated ended up in a 2 – 1 victory for the team. The match against Rennes. The first goal in the game was scored by Nice in the 19th minute of play, and the second came in the 51st. While Rennes tried to equalize the score in the second half, they were ultimately unsuccessful, and Nice ended up winning the match.

Their match against Lens took place ten days later on the 22nd of December, and while Lens put up quite the fight, even scoring the first goal, Mario Lemina eventually managed to equalize the score in the second half, and Justin Kluivert took it home with a goal in the 79th minute of play, clenching the team’s victory.

Their next match is scheduled to happen on 9 January, when they will be taking on the 12th ranked Ligue 1 team, Brest, with OGC Nice being the odds-on favorite to win the match.